FREE SHIPPING ON ALL ORDERS

It appears that your cart is currently empty!

How do you shoot a beauty commercial in the age of COVID? It’s not easy, but it CAN be done!

In the spring of 2020, we found ourselves with a problem we didn’t know how to fix. We had our beautiful mascaras and brow gels being made in sunny California, but we had no idea how to shoot the videos and photos that we had planned. There were many heated discussions on Zoom. There was some wishful thinking that it would be all over by Memorial Day. Many beverages of various alcoholic contents were drunk. There was even a suggestion to put off our launch indefinitely. Except, our products were already brewing.

That’s when our creative director, and also my best friend, suggested a socially distanced shoot. That sounded like a string of words that should not have made any sense, but we took a leap of faith. Because one, the man’s rarely wrong, and two, we had no other option.

So the idea of socially distanced shoot began to form. With many Zoom calls, and with a vague idea that the shoot itself will involve extensive Zooming. We booked a large space in Brooklyn so the models and the crew could all maintain at least double the recommended distance from each other at all times while we would be watching remotely through Zoom. With the space, crew, and equipment all confirmed to go, we needed to cast models. Full disclosure: we still have not been able to meet any of the models in person. But after rounds of remote casting, we had four gorgeous women and a man who would become the faces of Meloway.

For the shoot itself, we had three goals, each of which posed a unique set of challenges. First, we had to show how awesome our mascaras are. But how do you show the mascara works, as in it is wonderfully volumizing, lengthening, smudge-free and all that jazz, in a socially distanced shoot with no makeup artist onsite to do the models’ makeup? Jason, a fantastic makeup artist, stepped in. In the days leading up to the shooting, Jason talked to each of the models on Zoom, and walked everyone through doing their own makeup. And on the day of the shoot, we set up a computer in the studio so Jason could check in with the models before their turns. Considering that some of the models had no experience putting on makeup themselves, the result beat our expectation by miles. Everyone was rocking some bold, sexy, thick lashes! 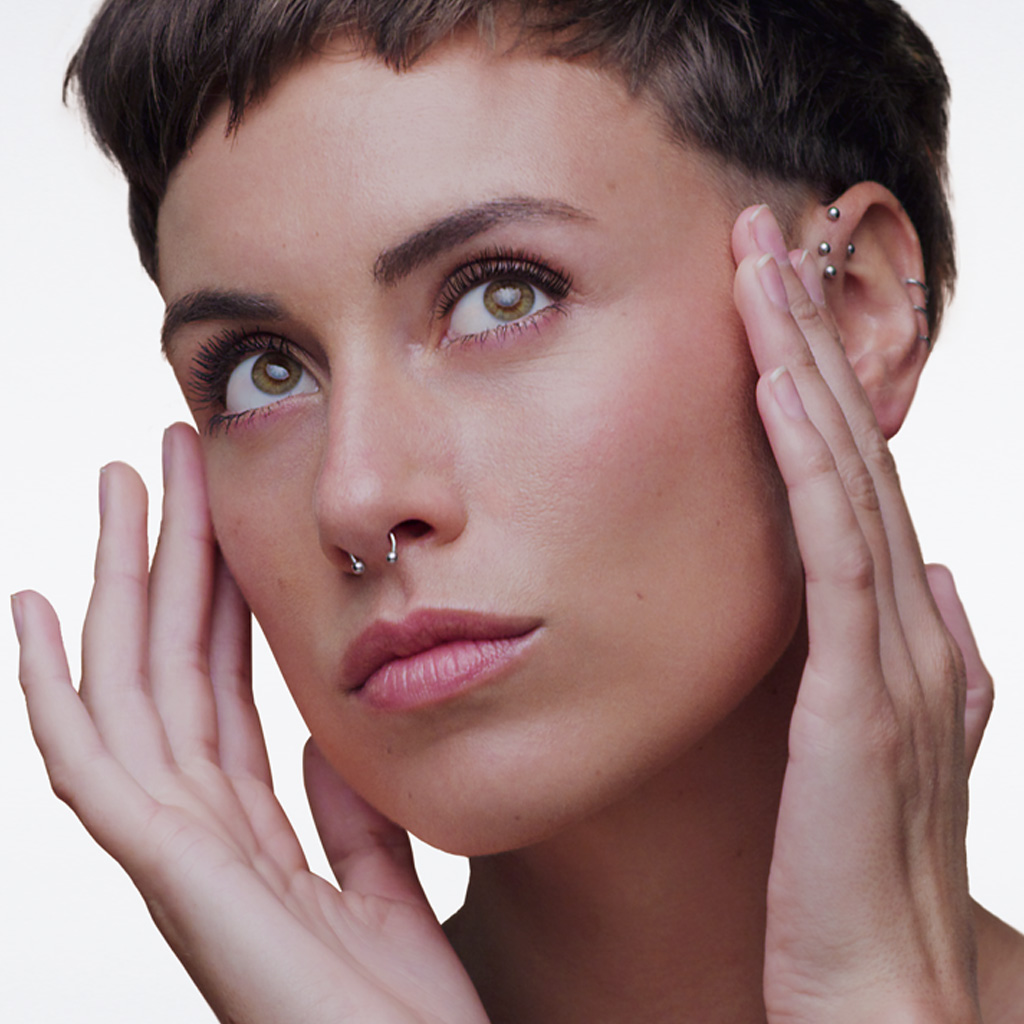 Second, we wanted to capture the fun vibe and the individuality of every model. This was quite a thing to ask for the models. In case it was unclear, standing in a large studio by yourself with the direction coming from the laptop screen does not make for a fun experience. But when something is not fun, you make it fun! Everyone jumped in, cracking jokes and talking nonsense. We played all kinds of music, from Fosse to Marky Mark and the Funky Bunch. Then we all loosened up and were having fun.

Finally, we wanted to show the models interacting with each other. Now this was the most challenging part. We had originally planned on shooting all the models together, but with the social distancing guideline, we opted to shoot each model one by one. So how do you compile all the individual footages and turn it into a seamless video without looking fractured and clumsily put together? One, the models displayed impressive acting skills. Two, the crew spent over a month painstakingly going through all the footages showcasing some masterclass editing chops and a liberal usage of split screens.

TR;DR we pulled it off with a right team and months of planning.

See for yourself how it worked out!

How Generation Z Is Redefining the World

Summary: Gen Z is profoundly influencing the way that companies markets. Here’s a look at what’s hot for this generation in 2023.

Sometimes being a tease is a lot of fun. While these exciting new products aren’t available yet, here’s a sneak peek of what’s coming in 2023!

Holiday gift giving gets a lot more colorful with the perfect beauty picks for your besties.

TAKE 15% OFF YOUR FIRST ORDER